Microsoft today said it will buy software development platform GitHub, in a deal worth USD 7.5 billion which will blend two opposite corporate cultures.

The tech giant, based in Washington state, is a heavyweight in terms of software whose source codes are not openly available or modifiable, exactly the counter of GitHub’s philosophy.

Created in 2008, GitHub allows developers to cooperatively manage software and has more than 28 million users around the world.

Today, GitHub is used by a wide range in the tech community, from lone programmers to the nation’s largest companies. Developers can share code, make comments and buy software tools. They work in digital storage spaces, called repositories. Some are open to all users; others are closed to members of a team. GitHub now has more than 85 million code repositories.

Individuals can use GitHub for free. But there are monthly subscription charges for extra storage, development tools and private repositories. The company does not disclose its revenue, but analysts estimate it is running at $200 million a year.

The open-source model was once anathema to Microsoft, the largest commercial software company, which had favored keeping its code proprietary. Steven A. Ballmer, Microsoft’s former chief executive, once called Linux, the popular open-source operating system, a “cancer” in the body of the technology business.

But Microsoft has come to embrace open-source tools. Today, Microsoft is the most active corporation on GitHub, with more than two million contributions of code to GitHub projects.

GitHub, seeking to establish a profitable business, has increasingly hosted corporate projects on its platform for a fee. Those ventures have typically used open-source software development techniques while keeping some code proprietary.

Executives from both companies insisted that GitHub would remain technologically neutral, welcoming developers using any code or any cloud service, rather than a Microsoft walled garden. The proof, analysts say, will be in how GitHub operates under Microsoft ownership.

“Developers by their nature are often suspicious of corporate ambitions,” said Ed Anderson, an analyst at Gartner. “Microsoft will have to demonstrate its willingness to put the interests of developers ahead of any Microsoft-specific agenda.”

The $7.5 billion purchase, an all-stock deal, is the second-largest acquisition Microsoft has made since Mr. Nadella became chief executive in early 2014. The bigger deal came in 2016, when Microsoft bought LinkedIn, the social network for professional workers, for $26.2 billion. (GitHub ranks third in Microsoft’s history, also behind the $8.5 billion purchase of Skype in 2011.)

If GitHub will remain a neutral home for developers, as Microsoft insists, why did the company pay so handsomely to own it?

In an interview, Nat Friedman, corporate vice president for developer services at Microsoft, explained that ownership would give the company the confidence to make a greater commitment to GitHub — “to confidently go all-in on GitHub.”

Microsoft, Mr. Friedman said, will make nearly all its software-building tools available on GitHub. Over time, as Microsoft shows itself to be a reliable corporate steward of GitHub and is willing to invest in its growth, he said, Microsoft should benefit as more developers adopt its software.

“It’s a matter of building trust with developers,” said Mr. Friedman, who will become chief executive of GitHub when the deal closes, which is expected to be this year. “You earn the right to be considered for other things.”

With GitHub, Microsoft is making a move similar to its LinkedIn acquisition — buying the leading marketplace in its field. “Microsoft is rolling up another platform,” said Michael A. Cusumano, a professor at Massachusetts Institute of Technology’s Sloan School of Management.

GitHub has become far more than a platform for software development. It is where developers demonstrate their skills. Software engineers routinely include links to their GitHub projects on their résumés, and companies scout for job candidates on GitHub.

The multibillion-dollar deal is a long way from GitHub’s hobbyist, hacker origins. In a blog post, Chris Wanstrath, the company’s chief executive and a co-founder, who will become a technical fellow at Microsoft, wrote that when GitHub started up a decade ago, he could have “never imagined” the outcome announced on Monday.

“Git was a powerful but niche tool, clouds were just things in the sky,” he wrote, “and Microsoft was a very different company.” 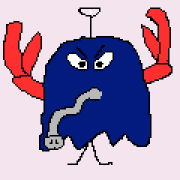 What is PHP? Write your fist PHP Program